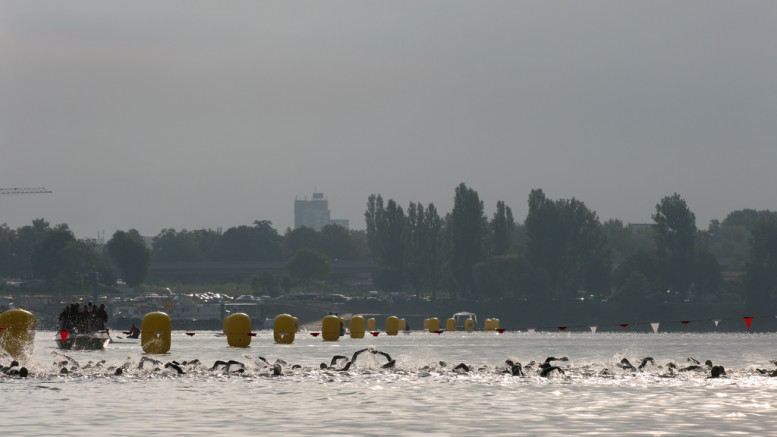 TRS is hosting several fantasy triathlon contests this weekend for IM Frankfurt, European Championships. Check out the lobby to enter today. Several professional triathletes play each weekend, come and challenge them! We are looking for feedback about the show; this week we have added analysis and interviews from professional triathletes racing IM Frankfurt. Help us out and send myself an email with feedback or comment on the article.

We have added a call in line, you can call the week of a race and give your own insight and we will play it on the air! US Based number is (832) 510-4491, you also can send myself an email with an audio file, fantasyguru@trstriathlon.com

Again this week, TRS Triathlon guest author and fantasy maven Emily Cocks joined me for a discussion about potential fantasy stars for the upcoming weekend events.

With increased awareness of the importance of #fairstarts for fair race dynamics for female pros, I am absolutely baffled about the 8 minute gap between the pro women and age group race. Further, a nonwetsuit swim for pros and wetsuit swim for age groupers will have a drastic negative impact for the “bike/runners” of the field. There’s no question that there will be interference from early miles on the bike.

I have historically done fairly well in the heat, and the run is definitely my forte, but a smart execution on Sunday will be essential to catch those faltering in the heat to end with a solid placing.
-Ruth Brennan-Morrey

Chris has opened up my mind. I found joy again in training and racing.

After leaving team TBB by end of 2013, I felt a little lost without that “team bubble” around be. I’m very thankful Bahrain Endurance 13 gave me this opportunity to being part of something special. Its not a triathlon team, its a team of people who loves endurance sport which includes more then just swim bike run. We share the passion of endurance, I like that idea. Its great to have a team of support on race day.

Simply I love that race (IM Frankfurt). Its the European Championship and I don’t wanna miss out on being part of it.

After Frankfurt, I’ll spend some time in Switzerland with Family before I’m heading over to the Philippines to race the Ironman 70.3 Cebu. Back in Australia, I’ll start my Kona block. Racing Ironman 70.3 Sunshine Coast as a ambassador and also racing International Triathlon in Beijing. The last 3 weeks I’ll be based in Kona.
-Caroline Steffen

With fantasy giving points for bike prime times, have you fixed your tire flats yet?

I’ll give you kudos for most original question or not! Either way, I don’t think I’ll be collecting points for a bike prime…
-Jan Frodeno

With you and Seb being friends off the course, are you ready to kick some ass on the course?

Just cause we’re friends doesn’t mean I don’t want to destroy him on the course!
-Jan Frodeno

My co-host, emily cocks, wants to know if you have gone to the gym yet? 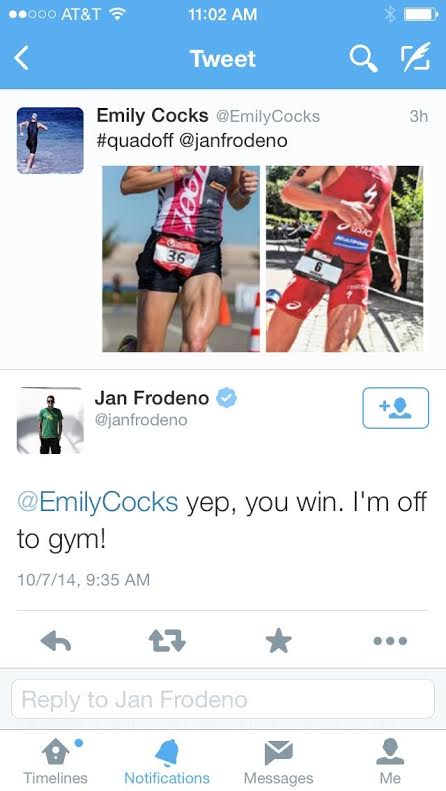 Just landed back in the UK for more treatment and to recover. @IRONMANtri sorry I can’t be in Frankfurt :(… was so looking forward to race

Its going to be a hot race. Both competition and temperature wise. Its “Kona like” conditions in Europe and only the well prepared athletes will prevail on Sunday.
-Marko Albert

Do you plan on putting time into your competitors during a certain discipline or just an overall great race?

Who would Frederik put in his top 5 that nobody is talking about for IM Frankfurt?

Besides the top 3 favorites I would place Bocherer and Llanos in his top 5, but Diederen, Realert and Butterfield are outsiders to watch as well.
-Frederik Van Lierde

Is he shooting for any swim/bike/run primes or just an overall top race?

With a South Africa win already this year, is he in top shape for this race or just building towards Kona?

All year long I am building up towards Kona, but besides that I have chosen 2 extra peak races, Ironman South-Africa earlier this year and Sunday the European Championship Ironman in Frankfurt.
-Frederik Van Lierde

Emily swam for the University of Michigan and completed her first tri in 2004 at the Chicago Triathlon. She worked for seven years as a paralegal, followed by three years as an Assistant Swim Coach for the University of Illinois-Chicago. Presently, she lives and trains in Napa, California while working for the Napa Valley Swim Team and coaching several age group triathletes. We are excited to have Emily doing weekly fantasy analysis.

If you would like to make an appearance on the show, or would like me to answer a question on the air, contact me on the fantasy support/FAQ page, or on Twitter. We will be taking questions for future episodes!