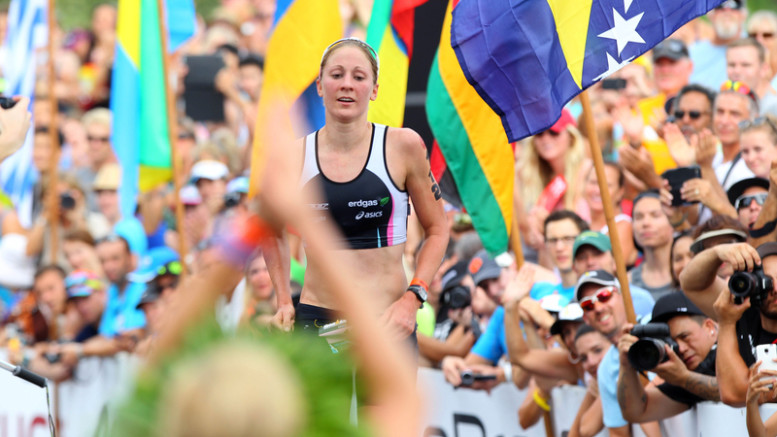 Kona is three months away, but that doesn’t prevent us from speculating about who will win, podium, flame out, or surprise at the big race.  Since TRS Triathlon is the home for fantasy triathlon, it is never too early to come up with odds on the big race, especially given that most of the athletes have done most of their racing to qualify. Obviously there are still opportunities to qualify, and big races like the 70.3 worlds, so many things can change over the next three months.

The odds below represent the current overall likelihoods that the given athlete will win and to attract the most fake betting (or completely legal games of skill like fantasy triathlon).

If we use KPR as a nice predictor of performance at Kona, it would appear that most of the race favorites are in a top ten position in KPR points, with a couple of outliers. Forecasting the winner at Kona shouldn’t be too difficult, and we can probably narrow down the list of possible suspects to five athletes for both the men and women.

It is also likely that it could be narrowed down to two or three, but for the purpose of today, let us speculate on the odds for all who could race, setting the odds in reverse order of KPR points.  We can’t assume that the top 50 and top 35 are set, or that everyone takes their slot, so odds will be set on the entire field.

The analysis below is written in attempt to set a reasonable betting line for the given athlete or group of athletes. There is a quantitative element to the odds, with a subjective component. The odds are set by tiers, separated by outside the top 50 in KPR, KPR 50-35, KPR 34-20, KPR 19-11, KPR 10-6, and then the KPR top 5. Some individual athletes within the lower KPR groups have their own odds because of their ability to affect the race.

(Note: Some of the ranking may have changed due to recent races. KPR ranking through Saturday 7/18)

There are some big names who lie outside the top 50, some of whom have performed very well in Kona in the past who are mostly likely not going, including Cunnama (92), Rapp (74), and Van Berkel (63). That is a shame, but more than likely at this point, there is little chance that any of them will make it to the start line. Of those that are ranked (KPR 50-55), some may actually be at Kona, especially if Crowie (35), Vanhoenacker (15) don’t race, as they have claimed they will not.

Pete Jacobs (155) is way down the list and has shown nothing over the past two years to warrant any difference in consideration. Based on past results and the difficultly of actually making the field, the likelihood of an eventual winner from this group is very low.

Most everyone in this group has a similar probability of winning Kona as the names outside the top 50, but have lower odds because, at the moment, they are in the field. There are some interesting names worthy of a long-shot, especially A. Raelert (49), Bozzone (41), Twelsiek (40), and Skipper (38). Raelert is a name you just can’t ignore, and still can run as well as anyone. However, it does appear his best days are behind him.

Twelsiek and Skipper are scary fast cyclists, and you never know what could happen if they went with Kienle on the bike. As long shots they are worth a gamble, but is there enough in their legs to hold it together on the run?

Bozzone has shown solid winning form at the 70.3 distance earlier in the season, but has never put it together for Kona.

If you were looking for a long-shot, I would look in this group. There is one name that sits out like a sore thumb. Luke Mckenzie (30) had an off year last year, but recent performance suggests that he may be back to 2013 form. Given his pedigree, he has a legitimate shot at the podium and maybe a win. Others to look out for would be Symonds (28), Butterfield (24), and Bocherer (29). I personally like Symonds because of his running ability. If he can stay close why couldn’t he be the Ben Hoffman of 2015?

I don’t see a potential winner from this group, but many potential podium placers. The two Frenchman, Viennot (13) and Guillaume (16), are tough racers who place consistently. O’Donnell (18) has a proven track record at Kona (forgiving last year), and Hanson (14) looked so scary fast on the run at IMTX that you can’t ignore him. However, there isn’t enough to separate any one athlete to give them lower odds.

Frommhold (6) and Sanders (9) are two that I am especially keen to watch. Depending on how aggressive either of these two are, there could be fireworks on the bike course, and carnage on the run course. I think the heat is too much for Sanders, but it would be great to see him go for it. Tim Don (10) is my betting favorite along with McKenzie. He is always in the mix and can run as well as anyone. Kona would be new to him, which obviously works against him, but he should be in the mix come the late portion of the run.

Hoffman’s odds are higher than Potts because it is tough to say that his performance wasn’t a one off (I hope not). Potts has been remarkably consistent and has a nice upward trend at Kona. However, it is tough to argue that the winner will not come from either Van Lierde, Kienle, or Frodeno.

Van Lierde struggled last year and still finished in the top ten. He is so consistent that you just can’t write him off. Kienle is even more consistent than Van Lierde and could demoralize the field even before the run starts.  Frodeno has no weakness, exemplified by his performance in Frankfurt. It is possible he should have won Kona last year, and even with the bad luck still finished third. He has to be the clear favorite.

The main question that needs to be answered to determine the winner will be; how much time does Kienle need of the bike to hold off Frodeno on the run? 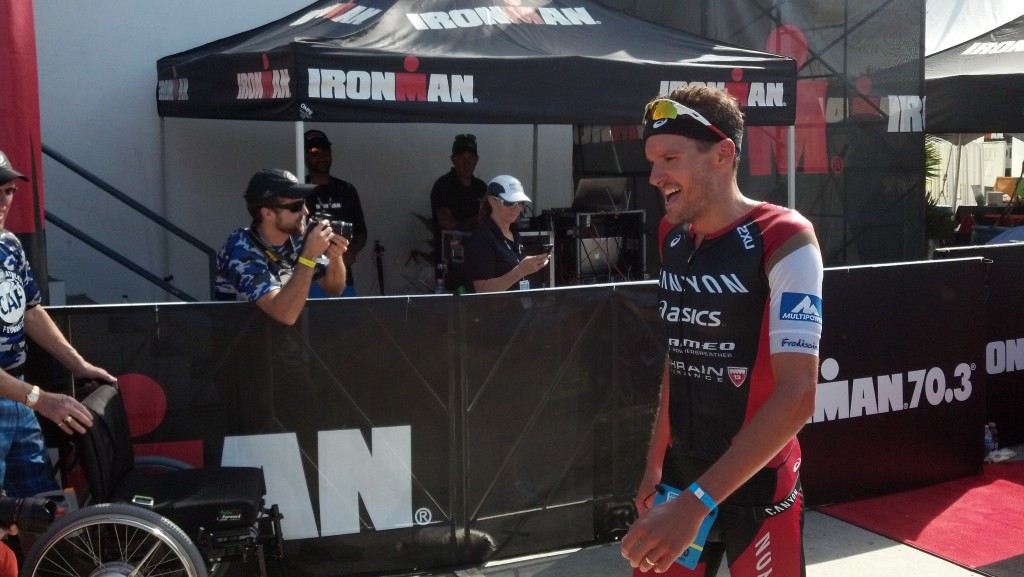 Snow (40), Tajsich (41), Versteby (45), Piampiano (36) are top 10 Kona talent that lie outside of the cutoff. Here is where we can fill in the blank about the ridiculousness of the 15 place discrepancy, but for the moment, none of these women will be at the start line. There is little likelihood that anyone beyond the cutoff has a legitimate shot of winning Kona even if they got in, except one, Mel Hauschildt (38). She has already qualified but I don’t know if she is racing. I hope she is and will assume so, because she could fundamentally change the race. She could ride with Ryf and hold off Rinny on the run. I think she would scare everyone involved.

The women’s field is so deep that is tough to pick out a couple of people in this group just to focus on. If there was a Luke Mckenzie bounce back equivalent in this group it would have to be Leanda Cave (24). If she is healthy, why couldn’t she replicate her 2013 performance?

I always thought Abraham (30) could be dangerous, and Williamson (29) and Jackson (25) have proven how strong they are on the run. It is possible anyone from this group could be in the top ten, and maybe a couple could be top 5, but only Cave has shown the pedigree to win

Any one of Blatchford (11), Naeth (12), Wurtele (13) and Van Vlerken (14) could be a top three performer given their prior performance or current results. Yet on their best day could they win? I wouldn’t actually say any of them are more likely to win than Leanda Cave, but could see all of them in the top 10.

The grouping from 15-19 are mostly indistinguishable from the prior KPR group, so their odds of winning are similar, except for Ellis (19), who has performed well at Kona in the past.

Meredith Kessler (7) is the standout in the group, and her resume is as impressive as anyone over the past two years. However, in Kona, it never really seemed like she was a true threat to win. Maybe this year will be different? Gajer (6) and Monticelli (9) will be very interesting to watch, especially the rookie given her run in Brazil. Lyles (10) and Crawford (8) are consistent performers but can’t be considered strong contenders for the win.  Kessler’s overall consistency and current pedigree means her odds are slightly higher than those in her KPR group.

Steffen (3) and Joyce (4) are almost always on the podium, and not afraid to push the bike and race from the front. If either is leading coming home on the Queen K, they could win. Swallow (2) is the athlete in the best position to dictate the race with her swim/bike prowess. If she could establish a big lead off the bike, then her run is good enough to give her victory.

However, if the men’s race can be simplified down to how much time does Kienle need of the bike?, then the women’s race could best be summarized by how much time can Rinny make up on Ryf on the run? Of course, it is more complicated than that, but Ryf’s current form may make the prior question somewhat moot. She appears to have no weakness, and if Steffen, Joyce, and Swallow aren’t ahead of her when the run starts, and Rinny is more than 10 minutes behind, how could you not favor her.

If you enjoyed this 2015 Kona Odds article, check out some other musings by James Doran.

James Doran is a hedge fund manager in the volatility space and former finance professor. He has written numerous esoteric articles about volatility and option pricing. He is a very average triathlete and was once a decent soccer player. Follow @C_Cubed3

35 Years of Ironman Statistics: The Run