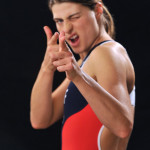 Are you more relaxed now that you have nailed down your Rio Olympic spot?

Going into this season, I had one goal and I achieved that by getting my spot in Rio. While I always want to race well, this race is pretty low key for me. I didn’t do much training the week after Rio and put in a big week last week; I’m keeping expectations in check. Although I’d certainly want to end up on the podium, a solid result will help me for the series.

Nicola Spirig is on the start list. Does that change your tactics at all or do you just execute your best race and let the rest take care of itself?

To be honest, I haven’t looked at the start list. If a group of us are motivated at the front, we can capitalize on her weak swim. I love a good hard swim-bike punch, so that would make the race more fun for me, no matter the outcome. We get a bit too complacent in the women’s racing; it would be nice to for us to take some risks at the front. 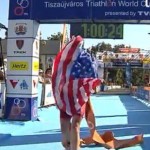 I heard Tommy say on TRS radio that the dynamics of the Rio event were very different because no one wanted to work on the bike. Are you excited to get back to some “racing” on the bike in Stockholm?

I am excited! I felt like I didn’t race like myself in Rio and I’m looking forward to a hard ride in Stockholm. Not to mention that course in itself just makes you work hard. I did it last year and spent the last lap about ten meters off the back of the front pack by myself which was not a great strategy.

What do you know about the new Stockholm course?

Most of the course is pretty much the same. So once we are finished the swim and T1 the course we ride and run on is the same as last year. The swim being in a different location and having one long loop and one short loop could have some effects, but having not done it yet I’m not sure what those effects would be. It does make it different being a full Olympic distance race, but I’m sure it’ll be raced aggressively as there are plenty of people racing who are strong on the bike. In addition the ride is rather technical with a steep little hill that I feel like will have an impact on breaking the race up a bit.

Is this your final race before the Grand Final in Chicago?

No, I actually will be doing Edmonton in a couple of weeks for a nice little sprint race before the Grand Final. 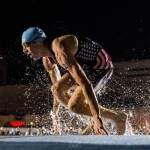 The weather looks to be cooler than Rio so this is probably a positive? However, you did well in Rio in the hotter weather which must have given you some confidence that your body is recovering after the Dallas event?

Yes, the wetsuit swim and cooler weather in Stockholm really is a positive. In rio the water was almost cold enough to be wetsuit so I was pretty chilly during the swim and that helped majorly in the water and on the ride, but as you saw on the run, after about 6-7k my body starts shutting down with the heat. My Heart rate will be extremely low but my muscles just kinda go on vacation.

What shoes were you wearing for the run in Rio? They looked like trainers and not racing flats???

I race in Brooks racer ST’s. As a swimmer I’ve been extremely prone to injury during races because of low support “ideal” racing flats, so I race in an in between shoe and have been injury free for over a year!

With Ben Kanute and Eric Lagerstrom racing will that help keep the front pack moving (assuming they get in it)?

That would be the PERFECT situation. Looking at the start list it looks like all the main breakaway players are gonna be there (minus Varga and Luis).

How do you approach this with Olympic qualifying? Is the pressure on to do well at all the races to “prove your worth” so to speak? Do some races count more than others?

This race is very heavily weighed when it comes to Olympic points and USAT making a decision on the men’s team if no one auto qualifies. I’ve been extremely lucky to have gotten the opportunities to race these qualifying races. At the beginning of the year I had the heat issues and wasn’t able to do the races that I needed to get starts at the Olympic qualifying races (which prompted me to change my goals and “semi-retire” to focus on doing well at other races and/or as a domestique). But with a extremely lucky turn of events, I have rolled on to all the important start lists (and performed adequately) which is keeping me in the running for an Olympic spot. 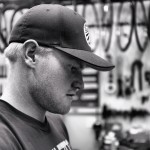 I already heard back from Tommy and he said the ideal situation would be to have you and Kanute in the front group because it would strengthen the group and you both would contribute. So, that plan work for you?

I haven’t spoken to Tommy yet, but it’s no secret that we’re trying to end up in a small group off the front. We could theoretically have five guys in a front pack (Tommy, Ben, Greg, Joe and I) We’re all very strong swimmers, but race dynamics being what they are, I think 2, maybe 3 of us at the head of the race is more realistic.

Do you prefer the Olympic distance over the sprint distance? Does it give you more time to wear down the pure runners on the bike?

I think I’ve actually been preferring sprint to Olympic distance this year. Everything happens faster and I love the speed. Olympic distance probably suits my run ability better, and yes there is more time to apply pressure on the bike, but ultimately in a big pack, the course will be what determines how much comes out of someone’s legs when they’re happy to sit in. With this technical, challenging course, there should be very few athletes getting a free ride. 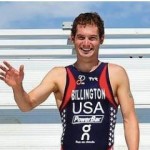 Your performance in Rio puts you somewhat in the drivers seat for a discretionary spot, or not? How does this work? Do you have to perform really well at all races now or do certain races (like Chicago) “weigh” more towards the selection?

Yeah, I like to think I always have my conductor’s cap on, but my result in Rio was certainly a step in the right direction, even if it was far from definitive. The qualification process is fairly set up by USAT, so high quality results at Rio, Stockholm, Edmonton, Chicago, and an undetermined 2016 event can all potentially count. Rio was weighted the heaviest, with Chicago and the event next year next, then Stockholm, and then Edmonton least. A top 8 at Chicago will get an auto spot, but the final decisions probably won’t be made until next year, so I’ll stick with the plan of kicking as much ass as possible until then. 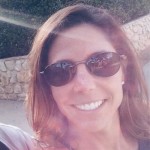 Yes – planning on Bintan. It may not get me enough points- will tally after the weekend. But I found a decently priced and I need to race so will just go. Unfortunately I didn’t do Ecuador- a nice three person field!

You ready for the dirty double?

If anyone would have me ready, it’s Hillary!! And, if what we’ve been doing is not getting me ready for a double, then I never want to see the training plan for what would….

Copenhagen looks to be flat and “fast,” although wind might play a roll. What is your plan for the course?

I learned at CDA the importance of coming out of the water with a group. I plan to do everything in my power to make sure that happens at both races; Copenhagen definitely has some strong swimmers. But if I can manage that, on the bike and run I plan to fight for the top spots as much as the next woman. My run has really come around this summer so I’m looking to get off the bike is a position to use it.

I can’t even believe it! Should I pack gloves? Arm warmers? A parka? I might freeze!!

What will you do in between the races to allow for maximum recovery?

I plan to log a LOT of sleep hours. And, croissants. Obviously. 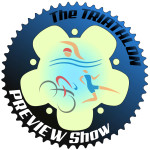 This weekly podcast is your source for all information related to upcoming races in the world of Professional Triathlon. We will bring you analysis on how the races could play out, start list updates and input from the Professional athletes themselves. Hosted by Zach Miller, age group athlete and triathlon enthusiast and featuring input from Emily Cocks, a professional triathlete herself.

We have added a call in line, you can call the week of a race and give your own insight and we will play it on the air! US Based number is (832) 510-4491, you also can send myself an email with an audio file, fantasyguru@trstriathlon.com. If you would like to make an appearance on the show, or would like me to answer a question on the air, contact Zach on the fantasy support/FAQ page, or on Twitter. We will be taking questions for future episodes!

Emily is a professional triathlete and swim coach living in Napa, CA. Emily swam for the University of Michigan and completed her first tri in 2004 at the Chicago Triathlon. She worked for seven years as a paralegal, followed by three years as an Assistant Swim Coach for the University of Illinois-Chicago. Presently, she lives and trains in Napa, California while working for the Napa Valley Swim Team and coaching several age group triathletes. Follow @emilycocks

Cronyism and Politics go for Gold