Once again, TRS Radio and trstriathlon.com took Kona by storm – and what a week we had. 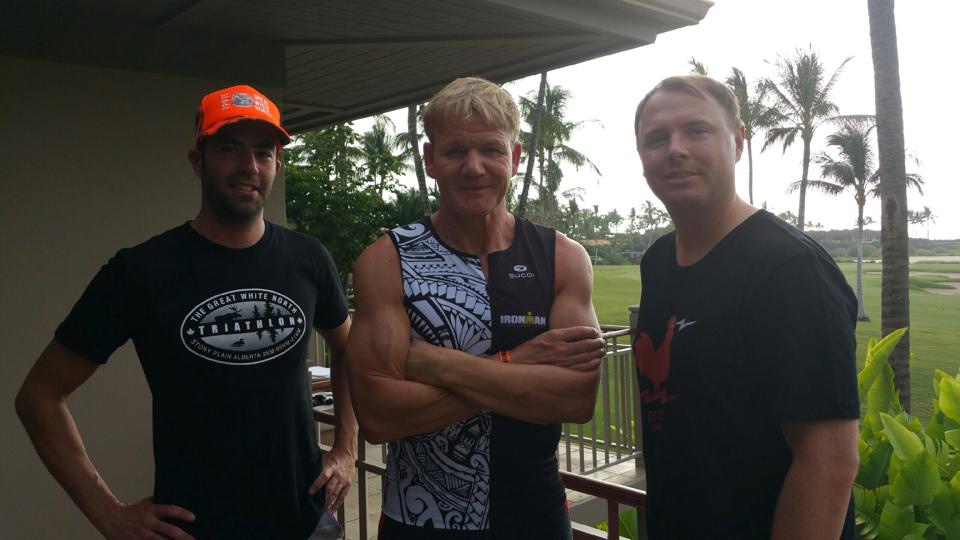 Ben and Mark visited Gordon Ramsay and recorded a fantastic interview leading up to his day on the course at Kona. Watch for it here on TRS Triathlon in the days to come.

My phone is going to die. Please consider becoming a patron so I can upgrade from an iPhone 2 #imkona

VIDEO: still not sure what @janfrodeno said to me on the run course, but he was in a great mood. Congrats champ!! http://t.co/qVqGhxyjcN

Now, do you believe me? http://t.co/ohyUHZLxRA

Lots of great performances so far today. The most impressive was @MaccaNow on Palani acting like he's happy and nothing is wrong.

http://t.co/X9hvZbyd4g is the @DraftKings of who gives a fuck.

If you’re a fan of the sport, you should check out http://fantasytriathlon.com. This week we had a very special game – for $50, 22 people played against Chrissie Wellington and helped support The War on ALS through the Blazeman Foundation! Chrissie will be donating any winnings to the foundation. Even if she doesn’t win, a portion of the proceeds from this game will be donated on her behalf. Check back at fantasytriathlon.com for updates on contest scoring.

In other exciting fantasy news: Fantasy Triathlon has teamed up with Rudy Project to bring you yet another reason to play. Someone will win fantastic Rudy Project gear!

Aaron 'King of All Technology' Webstey is a former ITU triathlete and current dadbod owner. If your social media posts have been 'liked' by @AaronWebstey, you might be a triathlete. Follow @AaronWebstey

Subtle Changes for TRS Radio in 2016