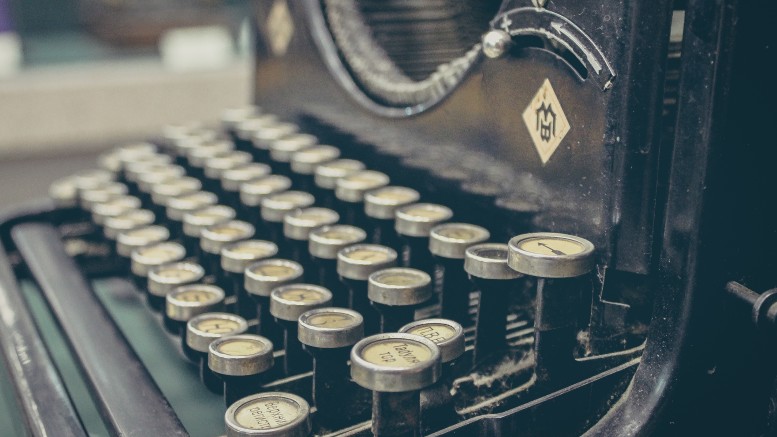 There’s a lot. I’ve seen some really poor material out of the triathlon press, but LAVA‘s new cover story has to be the worst I’ve seen since I began reading Triathlete in 2005.

The cover itself is a sad narrative on the editorial direction the publication has gone. This is a monthly triathlon news publication. In the last month, there was a new triathlon team announced in Egypt; one of the most dynamic countries in one of the most dynamic regions in the world right now. There was a new women’s advisory board selected to discuss the “50 Women to Kona” movement with WTC executives. There were preparations for one of the most lucrative races in the professional ranks. Even if you wanted to reach and write about something happening in professional cycling relevant to triathlon, there are currently a dozen athletes going after the hour record after more than a decade of zero interest in it. Instead, LAVA features an op-ed on a story that was dead, buried, and covered by Oprah nearly two years ago.

So Brad Culp runs a monthly triathlon news magazine, and his cover story has nothing to do with news or anything that happened in the last month. On top of that, his timing couldn’t be worse. The issue hit the stands about three weeks after it comes out that the guy he wants exonerated tried to get his girlfriend to take the heat for a DUI incident.

As for T.J. Murphy’s story, I can’t determine if the title “An Unreasoned Decision” is supposed to be a pithy reference to the USADA reasoned decision on banning Armstrong or a characterization of his own essay. Murphy has been a longtime fan of Lance (full disclosure: I’ve been a longtime skeptic and critic), and he’d already written in support of an Armstrong return on LAVA‘s website. The article reads like he’s bolted together his previous ruminations on the idea and relied on some flashes of prose to bear the weight. It falls apart because he never decides where to plant the support columns of his argument. He opens with the claim that the USADA report is flawed and unsupported by facts. But instead of digging into the actual evidence he shifts to reverse-engineering quotes from UCI leadership (he actually says “reverse engineer that quote”!) in order to lay the blame on fans for Armstrong’s crimes. Between the two is a paragraph making the obligatory observation that US Postal wasn’t the only one that doped.

Then, just as Murphy is really getting warmed up on the third page, he’s interrupted by an expository piece on Armstrong’s beginnings in endurance sports. He eventually meanders back to defending Armstrong on the next page, but instead of the flaws in the USADA report he starts talking about all the books written about Armstrong. It’s like he forgot what he was saying and just started talking about something else.

His discourse on the literature is bizarre. He confesses he didn’t read any of it until just last year even though he’s known Armstrong since the 1980’s. The guy is a journalist with a deep interest in Armstrong, and yet he’s read nothing on the subject. It becomes understandable once Murphy explains that reading the books gives him a headache. He says “reading through them felt like what I imagine being a first-year law student feels like.” It seems completely lost on him that the USADA Reasoned Decision is actually structured like a legal document. He brings his own reading comprehension into question. He gives the impression that he’s read the document, but does he really understand anything that’s in it?

Then there’s more history, with Armstrong’s comeback to triathlon. Then Murphy makes the first unique pitch late in the sixth page. He speaks in terms of moral equivocation. “Cycling was a dope-fest,” he writes. The best reason for pardoning Armstrong isn’t that he’s innocent or that the punishment is excessive. It’s that no one else was punished. Murphy reaches all the way back into the earliest days of Le Tour to display a host of riders who should be punished similarly.

Then there’s the whole cancer charity thing. We’ve heard how that’s a get out of jail free card before. He’s done good work in the past and he could do more in the future. Let the man ride his bike.

I think the one and only valid argument Murphy makes is for allowing Armstrong to participate in non-competitive rides, like centuries for charity. I would agree with that. Napoleon was exiled to Elba, but they still let him leave the house and walk the beach.

So the piece is poorly constructed. In the end, it’s no different than most Armstrong apologist pieces that have bubbled to the surface over the years– just a shotgun blast of “yeah but’s” that sound like something a 14-year-old kid would tell his parents while trying to get out of being grounded. Still, there are some extraordinary non sequiturs in the body that show just how lazily this thing was cobbled together.

For instance, Murphy claims that the USADA decision is “based on the assumption that [Armstrong] and his team were the only ones with a doping program, or that he and his team had a superior doping program and forced the rest of the sport to dope.” That’s completely false. The USADA report is meant to demonstrate that Armstrong personally organized, led and resourced a deliberate, long-running criminal effort. Murphy totally misses the point here, as demonstrated by his insistence on addressing the issue in terms like this: “Armstrong obviously lied his ass off for more than a decade, and he broke the doping rules, and he could be mean to people…” This is an assumption that can’t be supported. Murphy never approaches the other things the report implicitly accuses Armstrong of. The list includes:

I’m not even a lawyer and I can see those clear as day in the report. So when Murphy runs out to left field again and comes back with a comparison between Armstrong and Michael Vick, asking why Armstrong is so punished by the sport when Michael Vick went to jail, I just really lose all comprehension of what he’s trying to do. Michael Vick went to jail and still got to play football. Lance Armstrong didn’t go to jail, but he can’t ride his bike. Somehow Armstrong got the harsher punishment? Okay, I’ll play. Let’s send Armstrong to prison for eight years and then let him come back and compete. Sounds great.

But Murphy’s greatest disservice to the sport comes at the end of his article when he claims that allowing Armstrong to get back into competitive Ironman would be the greatest thing for the sport since Julie Moss crawled across the line. That’s obscene. What he’s essentially saying is that the entire field of current professional athletes has no value to promoting triathlon, and so we ought to simply use them as background actors in a made-for-reality-television series featuring a washed-up cheat who hasn’t given nearly as much to triathlon as the darling protagonist. That’s insulting and degrading to our current pros. More people should call him out on that.

In sum, it’s a terrible waste of paper. There definitely wasn’t enough content of information or thought to warrant a cover. Murphy wrote a half-assed op-ed that lurched around aimlessly, and Culp jumped on it as a chance to put Armstrong on the cover. At this point I wonder what LAVA does for an encore. Who goes on the cover next, Jerry Sandusky or Kim Kardashian?

This article was originally published on Jim Gourley’s blog.

The Race Within: Passion, Courage, and Sacrifice at the Ultraman Triathlon

VIDEO: Things NOT to do in Transition

Who is Darin Armstrong?