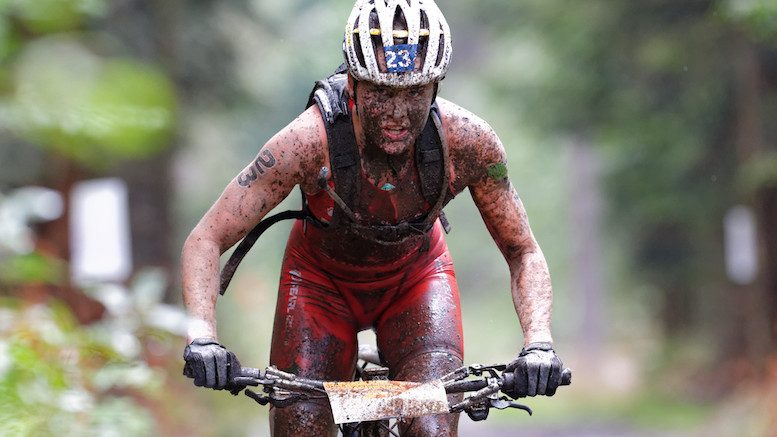 Is the spark gone? Do you find yourself longing for the early days, when you were just oh-so-excited to do it, but now it’s a chore? If you answered yes to both of those questions, you either need to see a marriage counselor, or you need to do an off-road triathlon. I have zero expertise in the first area, and only a little bit more in the second area – so here are 9* great reasons to get dirty on the race course.

1. The vibe: Ask anybody who has been to an off-road race, and this is the first thing you’ll hear. There’s not the same level of “peacocking” that goes on, and everybody is far more inclusive. Make no mistake, though, this is not an untimed fun run with ideas stolen from electronic music festivals. Off-road triathlon is every bit as competitive as its road cousin, but it does so in a much more laid-back atmosphere. The former XTERRA East Championship in Richmond, Virginia had an absolutely legendary heckling section, complete with cyclocross-style beer handups. 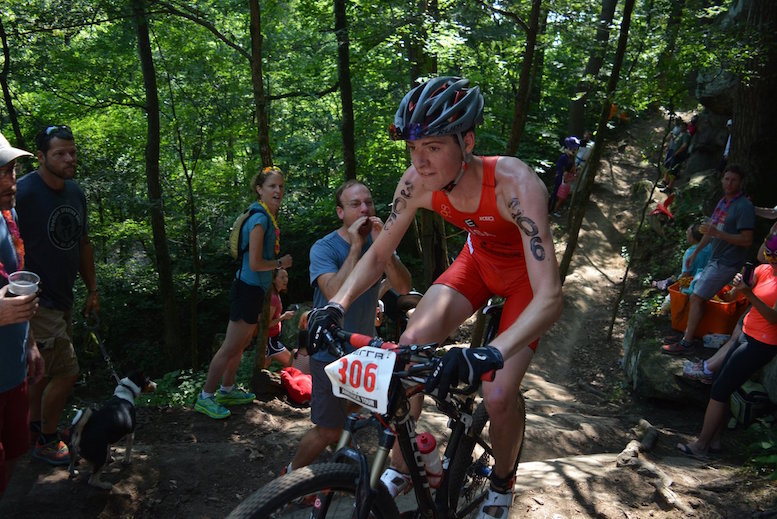 2. Another bike: Ever hear of n+1? Exactly, now you get an excuse to pay for one fewer semester of Junior’s college and/or retire when you are 86 years old. If you really want your children to put you in the worst nursing home possible, you can even buy separate hardtail and full suspension bikes to use depending on the course (and this is before you decide to buy an all-mountain or downhill bike because you decide the road is for weenies altogether). In all seriousness, if you’re into gear selection as part of the fun part of this sport, off-road racing makes the choices more thoughtful, rather than just relying on semi-anonymous forum posters with access to a wind tunnel to make your choice for you. It’s a constant selection of which tire rolls faster versus provides better sidewall protection from rocks versus grips the soft surfaces better, to whether you can get away with lightweight race flats, and so on. It’s much more of a process to pick the right gear, and the answer is always changing. 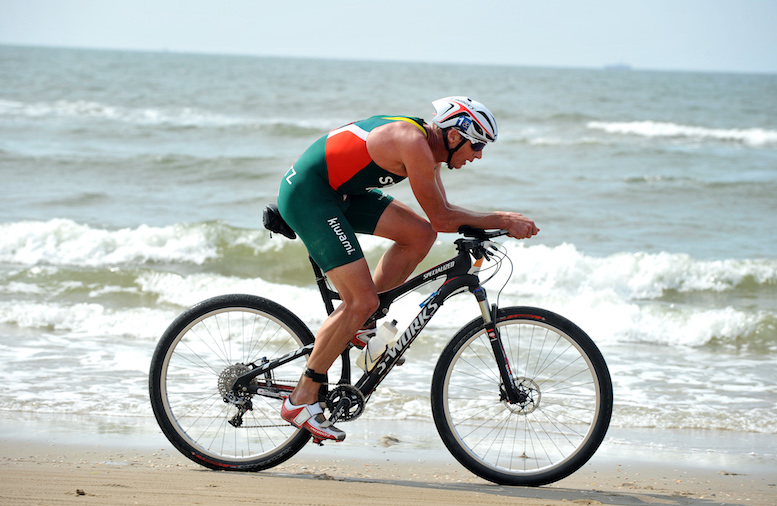 3. Bike handling skills: Aid station sketchiness will be a thing of the past once you learn to bunny hop logs (and people) like a champ. Have you ever seen Peter Sagan’s antics and wondered “how the hell does he do that?” He got his start as a cyclist as a mountain biker. Now, you’ll be a triathlete and not a pro mountain biker, so I do not recommend doing wheelies in a breakaway on a road bike, but you definitely won’t be one of the people that make me terrified to stand within a quarter mile of the mount/dismount line at any large road triathlon. There’s no section of a road triathlon with a name as cool as “Blood Rock,” which earns its name year after year at XTERRA Oak Mountain State Park in Pelham, Alabama. 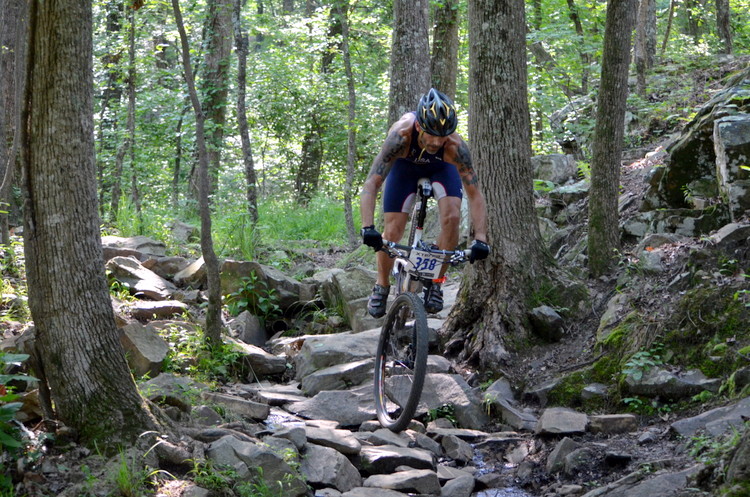 4. Mountain bikers aren’t as snobby as roadies: Unless you live in Boulder or San Diego or you do all of your training alone, you likely at least occasionally train with single sport athletes. At least 30% of the posts on triathlon internet forums consist of “the roadies were mean to me at the local group ride” complaints. Mountain bikers won’t snicker at your fashion choices, as they can’t even seem to decide whether to wear tight kits, baggies, or even just normal active type clothing. Instead of talking about the Giro and whether a soy or skim lattes are more “pro,” mountain bikers will crack open some beers back at the car parked at the trailhead and be two beers deep before your triathlete self makes it out of the woods. 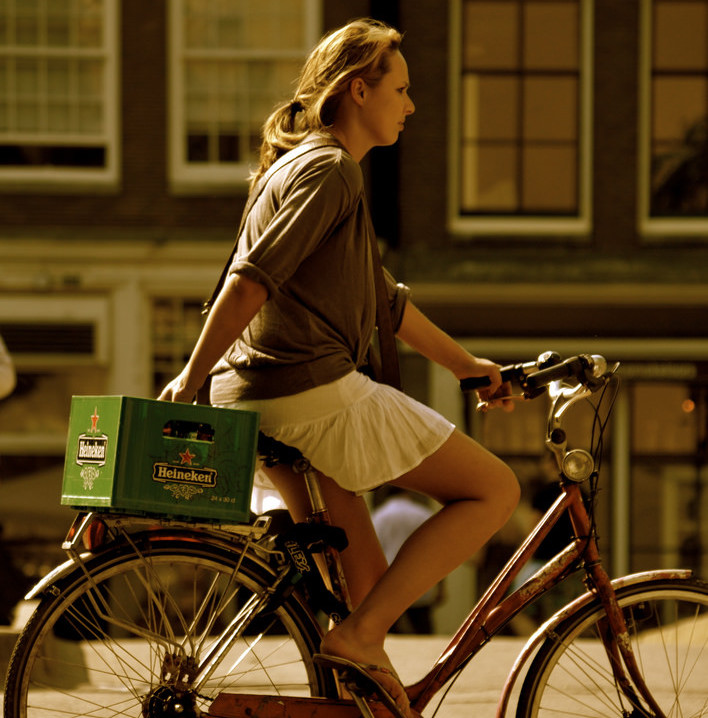 I guarantee she does offroad tri. [Velo Temps via photopin (license)]

5. Every race is different: No matter what you say, staring upside down at your bike computer for 24.8, 56, or 112 miles is the exact same every single time you do it. The same goes for running, though maybe sometimes you get to switch between the road and a multi-use path through a park somewhere. My own first attempt at off-road triathlon, in XTERRA Jersey Devil in Barnegat, New Jersey, the run course is something like a scramble through the woods, with just a red arrow stapled to a tree every 20 yards or so. The In2 Adventure TreX series in Australia goes through a jungle so thick you need to carry a machete on the run course.

6. Swimming is less important: I hate to be an enabler, but it’s true. For the 2015 XTERRA World Championships, Josiah Middaugh exited the water 2:29 down to the leader, and 1:37 down to eventual second place, Braden Currie. Those are achievable gaps for an Ironman, but this is for a race with winning times around 2:30 for men and 2:50 for women, so not much longer than an Olympic-distance race on the road. When was the last time somebody won a major ITU race after being 2:29 down out of the water? The bike and run are so differentiating in an off-road triathlon, and there is virtually zero element of drafting on most courses, not even the 12-meter dance, so true bike strength (and skill, see number 3) is able to shine. Then on the run, sometimes (often) people absolutely detonate, meaning there’s always a chance to claw back some placings. Hell, some races like XTERRA Whitewater or the old Richmond course incorporate running in the middle of the swim, more than just the usual run back up the beach around a cone and back, but true barefooted, goggled run on trails. 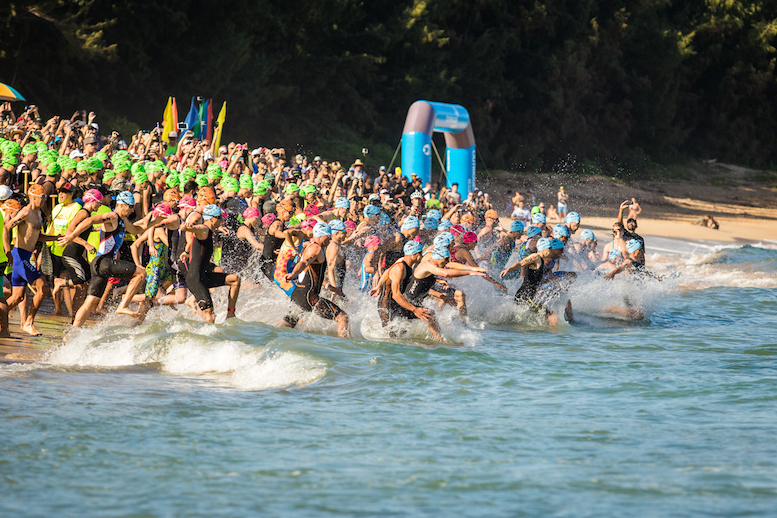 7. Better race photos: You can stop searching for that elusive side-profile picture in your perfect time trial position that’s not going to get you any likes from your friends and family on Facebook, but will get lots of likes on Instagram for #TimeTrialTuesday from insta-celebrities trying to catch your attention so you will follow them. Instead, you’ll have pictures of you powering through a rock garden, leaning into a berm, jumping over a log, or taking off your shoes to ford a river on the run course. 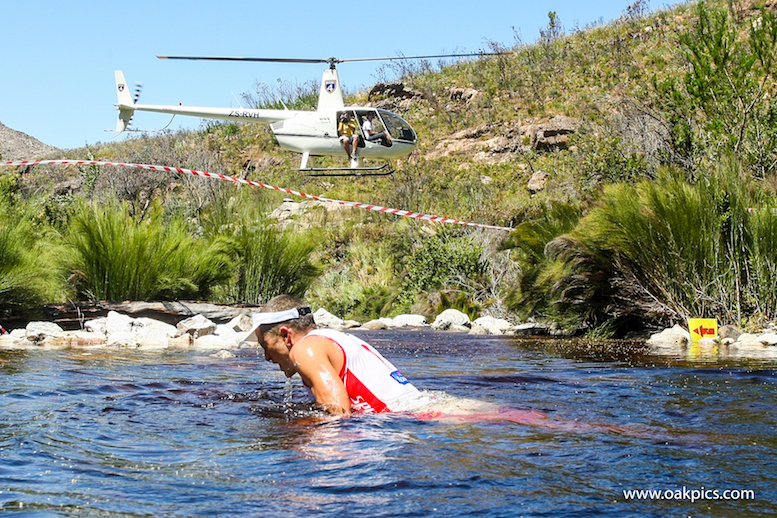 8. Learn cool new lingo: You never get to sound very cool when describing a road bike course. “Yeah, it’s got some pretty good flow, with some whoop-de-doos in there, some gnarly berms, but then you hit a killer rock garden before the technical descent. You might hit a gap when you go over the fire road if you don’t pump it right coming out of the off-camber section.” Or, you could say “there’s a hill at mile 4” when you describe your next road triathlon. 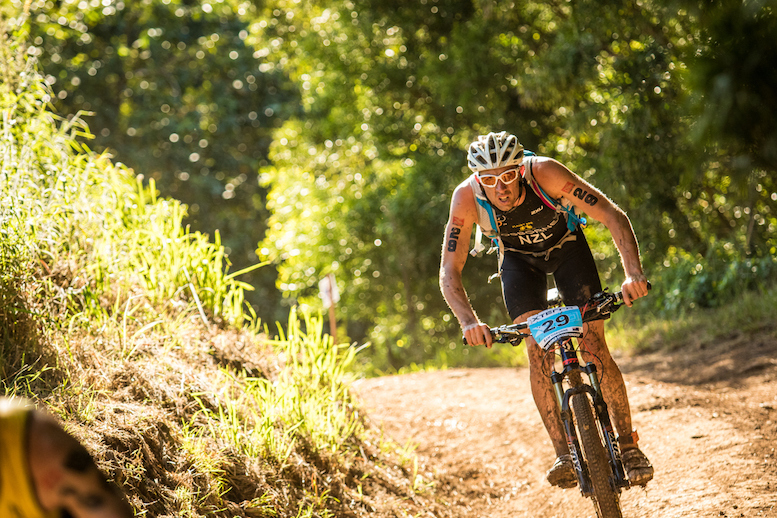 9. You’ll get really good at basic first aid: Conrad “Caveman” Stoltz famously raced in Richmond with an open wound on his foot covered in cellophane wrap then immediately got stitches upon finishing (and winning) the race. The Caveman is a special case, as evidenced by the fact that he’s killed a baboon with a stick and has been known to take an animal he ran over with his bike and take it home to cook it, meanwhile I got squeamish and had to do some deep breathing exercises to keep from throwing up after seeing his blog post about the Richmond incident. But I’d like to think that off-road triathlon has made me less scared of when I slide out on a rock and lose the skin on my entire lower leg and then have to basically take a peroxide bath. That’s happened way more times than I’d care to admit. 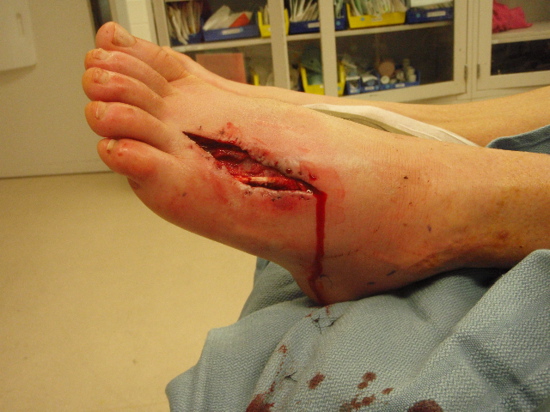 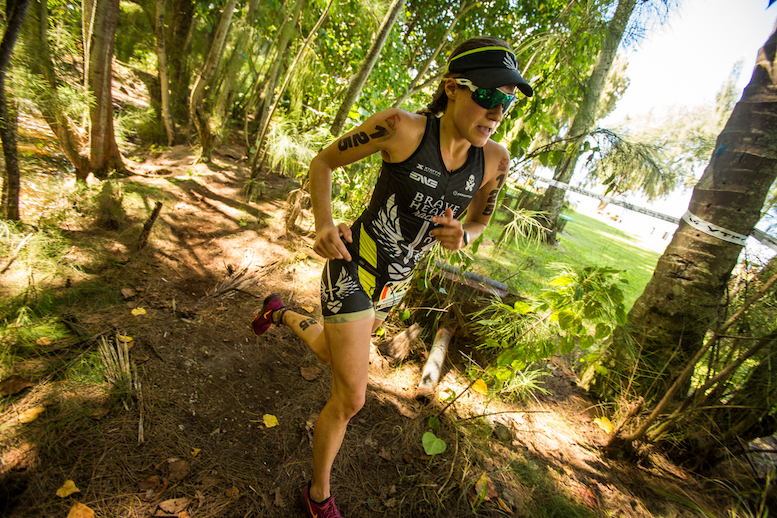 Special thanks to Jimmy at https://www.dirttri.com/ for photos and information.

Ian King is a second-year professional triathlete based out of Virginia Beach, Virginia. He’s dabbled in nearly every format of racing since the age of 17, ultimately settling for now on the off-road and ITU circuits primarily. For more updates on Ian, you can follow him here: Follow @idking90